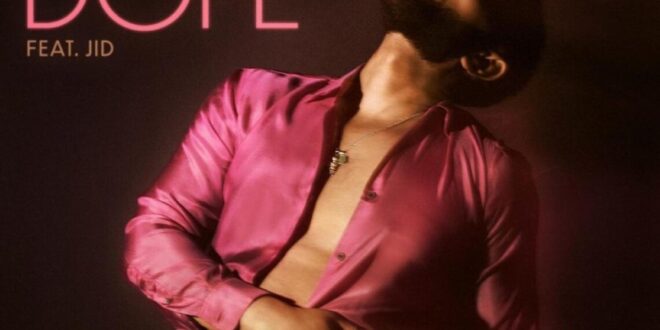 Now, he’s collaborating with another big name: John Legend. On Legend’s “Dope,” JID raps over a beat that feels like it was ripped directly from Pharrell’s hard drive. His lyrics revolve around his infatuation with a woman he’s chasing, fitting in well with Legend’s verses discussing a similar lust. Legend, for his part, delivers classic Legend-esque riffs, the most notable of which reaches into the upper-most reaches of his register.

The groovy single comes in a long line of collaborations for JID. The rapper has recently linked up with Lil Yachty for “Van Gogh,” and appeared to be cooking up new music with none other than Dr. Dre. He’s also been named as a feature for EARTHGANG’s new album, Ghetto Gods.

Take a listen to JID and John Legend’s new song below, and don’t forget to let us know what you think in the comments.

Hella glam’ on the ‘Gram, lemme see you in person
Can you take away the pain like a pill or a Perc’ 10?
Pertinent information, read first before takin’
The potent medication prescribed by the prettiest ladies