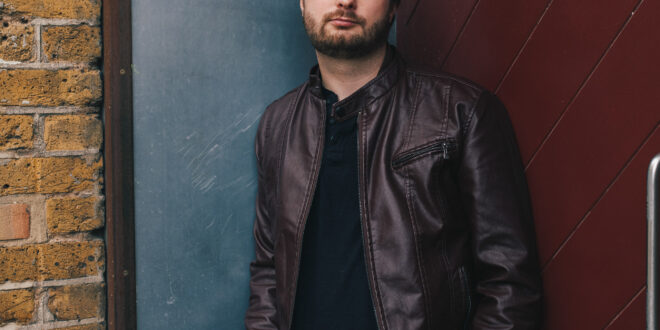 Atomic Bronco Releases “Get You Off My Mind”

Kyle Nuss, better known as Atomic Bronco, is a retro-inspired indie/alt rock performer based in Austin, Texas, and London, UK, who weaves an intriguing combination of indie, alternative, and garage rock, lo-fi, and classic rock. He is a one-man rock band from rural America who started the project and published the first two albums while living in London and now creates guitar-driven songs in his Austin studio. Atomic Bronco’s first single of 2022, “Get You Off My Mind,” follows the success of their previous 2021 EP, “Spectrum,” which includes the songs “Cruel and Headfirt.” This new song was released on August 5th of this year.

“Get You Off My Mind” is an eye-catching single that appears to solidify Atomic Bronco’s place in the industry. The song has a wonderful rhythm that listeners will like. The guitar work, albeit basic, propels the music along in a very graceful manner. The musician nails the vocals with the smoothest flow and coolest segues. The bass line is just flawless in terms of retaining the beat and carrying the song in the right direction. Likewise, percussion has a leading quality to them that seems to influence the cornering speeds of the composition.

The strong bass that underpins “Get You Off My Mind” is accented with an almost club-like drum rhythm. The subdued vocals provide a fascinating counterpoint to the harsh, in-your-face music. The chorus is a surge of adrenaline, and the lead guitar sears through the music, rounding out an enthralling track. I believe the song speaks for itself and can stand on its own.

Overall, “Get You Off My Mind” is something new for Atomic, and he pulls it off beautifully by combining all of these aspects in such a short amount of time.

Listen to “Get You Off My Mind” by Atomic Bronco on Spotify or SoundCloud and let us know what you think. Cheers!

Tags Atomic Bronco Get You Off My Mind

Previous REVIEW OF MICHELLES’ “CAN WE GET A SMILE”
Next Foe Explains “Why we can’t have nice things” In New Song(feat. DMZL)