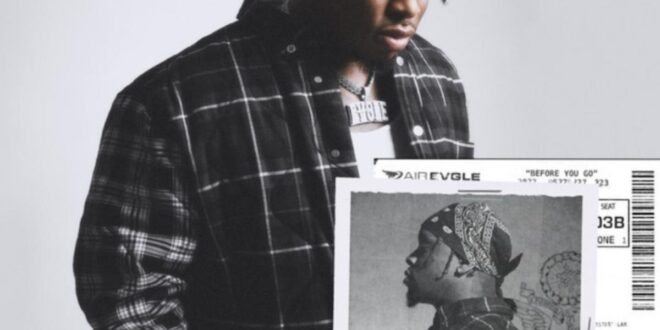 Have you streamed Blxst’s new album yet?

Blxst’s debut album, Before You Go, is loaded with 13 impressive tracks, but if you’ve only got time to stream one of them today, we suggest you check out “Fake Love In LA” featuring Arin Ray.

The song comes in at just over two and a half minutes and begins with Ray’s sweet voice urging his lover to “come and stay the night with a real one” instead of getting caught up in the all the “fake love” that one can cross paths with while in the City of Angels.

On his verse, Blxst sings, “We can make a toast to you / You know it’s time to slide when we overdue / It’s nothin’ like a vibe with a ocean view / I know that I’m the one but get a load of you.”

Other noteworthy collaborations on the new album include “Pick Your Poison” with Grandmaster Vic, “Couldn’t Wait for It” featuring Rick Ross, and finally, the previously released “Sometimes” with Zacari – check out the entirety of Before You Go here, and let us know what your thoughts on “Fake Love In LA” are in the comment section.