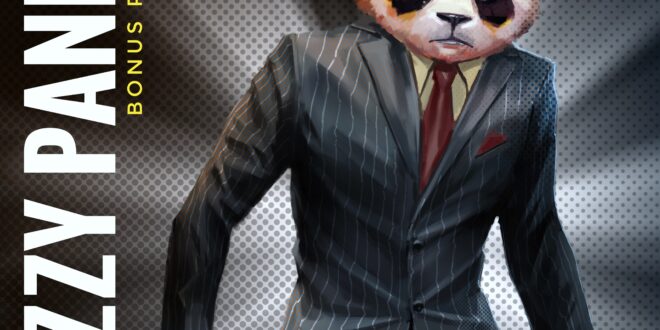 Dizzy Panda Drops Off New Song “Back to Me”

Dizzy Panda is a do-it-yourself cooperative effort between two Dutchmen from Haarlem wearing panda masks. They, like all pandas, have positive and negative sides. They don’t stay to one genre and like to mix them with psychoactive or vintage-inspired characteristics. On May 5th of this year, the Dizzy Panda team released another new banger named “Back To Me,” along with an accompanying visual that creates the type of somewhat twisted and melancholy vibe Dizzy Panda is known for.

“Back To Me,” which is the first single from Dizzy Panda’s upcoming album “Panda Bonus Points” which includes 15 songs and most of them are inspired by Trip Hop and downbeat from the 1990s. Dizzy Panda’s latest release is influenced by Skunk Anansie and distortion like the Black Keys but is entirely produced using electronic sounds and samples.

“Back To Me” by Dizzy Panda is a trip-hop song at its forefront, with warped guitar-like synthesizers running alongside sharp and booming yet excellently rhythm. The presence of lo-fi chords in a minor key tone creates the groove for the song while a female vocalist provides a passionate rendition, along with a handful of excellent melodramatic sequences in this piece.

The vocals are a nice complement to the song’s overall balance. The singer’s voice is warm and heartfelt as the lyrics depict a lady in a potentially unstable state after being abandoned by her partner. “Back To Me” is a song that takes you on a journey through musical performances, accompanied by light chorusing and tight reverb because the vocals have a transparency that is frequently lacking in today’s rock era and this makes it a must add to your playlist.

Listen to Dizzy Panda’s “Back To Me” on Spotify and view the magnificent accompanying video at the link provided above, then let us know what you think. Cheers!

Tags album Back to Me Bonus Points Dizzy Panda