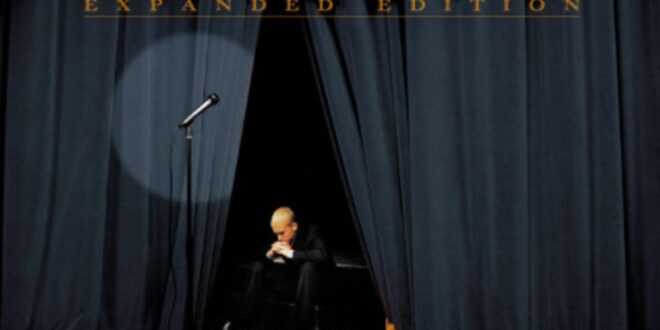 Eminem Fired Back At Congress On “Stimulate”

It’s officially been 20 years since Eminem released his album, The Eminem Show. The 2002 album propelled him to a pinnacle in his career after projects like The Slim Shady LP and The Marshall Mathers LP turned him into public enemy #1. Politicians became vocally opposed to his presence in pop culture due to his subject matter. The Eminem Show became a defiant rebuttal against the parents and political leaders who believed that he was corrupting the minds of suburban youth.

With the re-release of The Eminem Show for the 20th anniversary, Em included the deep cut, “Stimulate.” Produced by both Em and Jeff Bass, the record was only previously found on the limited edition release of 8 Mile (The Soundtrack) and the CD single for “Cleaning Out My Closet.” It’s also rumored to have been replaced by “Say Goodbye Hollywood” on the final tracklist for The Eminem Show.

In “Stimulate,” Eminem takes on hallucinogenic production where he addresses the parents and politicians who’ve condemned him for his music. In this instance, it’s a moment where he’s humanizing himself, despite his growing celebrity. He explains that he’s not anyone’s parent but just an entertainer whose “goal is to stimulate.” In the second verse, he takes direct jabs at Congress who, in 2001, used his music in a hearing to argue that the entertainment industry was marketing adult themes to children. “My lyrical content is constantly under fire/ No wonder why I constantly bomb back/ To combat attacks with constant concepts/ When lyrics are constantly took outta context/ Failure to communicate with Congress has/ Been a problem for the longest, I guess,” he raps on the first verse.

Check out Eminem’s “Stimulate” below. Is this one of Eminem’s top 10 records of all time? Let us know in the comments.

Previous Mura Masa Gives A Taste Of Upcoming Album With “Blessing Me” Featuring Skillibeng & Pa Salieu
Next M.I.A. Drops Off New Single “The One”