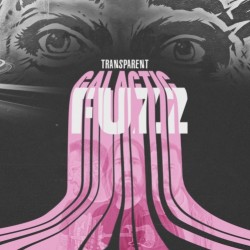 Galactic Fuzz Gets “Transparent” With Us On Their New Single

Jorge, Ricky, and Javier Guell make up the Alternative Rock band Galactic Fuzz, headquartered in the United States. With influences from underground rock heroes such as Pavement, Granddaddy, Dinosaur Jr., and Failure, the band fuses 90’s alt grunge influences with melodic pop grunge. As they prepare to release their debut self-titled album on October 28, with several singles planned for independent release during the album deployment, Galactic Fuzz released the lead single, “Transparent” on August 26th.

“Transparent” begins with spurts of turbulence and noise and evolves into a spicy rhythm to a tight drum beat mingled with sufficient distortion and brooding words that greet us with this combination of musical pleasure. The melody fits the pattern perfectly, and the song emanates powerful rhythmic intensity and riffs that carry it ahead. Galactic Fuzz is a fantastic band with a highly distinct playing style, employing methods such as harmonized guitar, exquisite and diverse keys, and the ability to combine everything that makes “Transparent” a genius.

“Transparent blends the power and tension of Grunge with Brit Pop sensibilities. The guitar parts build up steam as the song progresses, and its chord progression seamlessly goes up a semitone each time around the block, with the song’s climax being an aggressive yet melodic guitar solo after the second chorus.”

The drums bring life and contagious energy to the song and have exceptional cohesion. The instruments work well together, and the vocals offer a nice melodic layer for the instruments to enhance. “Transparent” is worth hearing, and the band’s psychedelic music personifies the genre they appear to suit. This song is a tight single that I loved a lot. Galactic Fuzz accomplishes the tough task of overwhelming listeners with perfection while revealing their uniqueness with their artistry.

Listen to “Transparency” by Galactic Fuzz on Spotify and let us know your thoughts. Cheers!