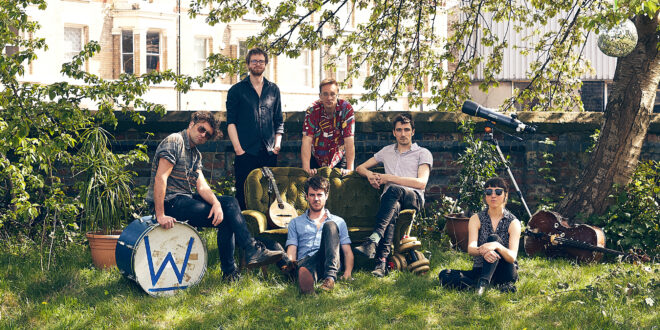 Interview With The Wanton String Band Regarding Their Single “Deb’s”

The Wanton String Band is a United Kingdom-based band made up of Nathan, Stuart, Chris, Ewan, Richard, and Jess. They come from a variety of musical backgrounds including traditional Celtic, indie pop, techno, and Renaissance that develop music that may be enjoyed by people of all ages and from all walks of life. Their most recent release is a song called “Deb’s,” which is a one-of-a-kind release in and of itself, symbolizing something distinct, and got released on the 13th of October this year. The simple nonetheless vibrant sound draws us closer to the atmosphere of pleasure that “Deb’s” conjures, and that drew us(Songweb) in for a one-on-one conversation with the band. Relax and enjoy our conversation with The Wanton String Band.

The Wanton String Band is a twelve-armed, twelve-legged, six-headed, semi-aquatic mythical creature that exists in the interstitial haze between the realms of reality and dream. This has had a profound influence on our music, which we use as a method to try to anchor ourselves for at least one stable 24-hour period in one of those two realms. We don’t care too much which realm that may be, although the reality is pretty tough to deal with when the country is being held hostage by a group of vicious sadists.

Other points from the pub:
Never say no to anything
Why go to bed when you’re having such a good time?
Zero intellect, pure amygdala music

Basslines: the seventh circle of hell from Dante’s Inferno. Drums: any local, independently-owned hardware shop. Bouzouki: the pitter-patter of the tiny feet of a Greek baby brought up in Ireland. Fiddles: the dawn chorus blasted through heaven’s reverb pedal. Mandolin: a sparrow in a china shop. Vocals: the village Gregorian chant society’s annual recreational pub crawl.

The obvious answer would be to say the old-time canon and the crunching sounds of some imaginary dancefloor that only ever seems to exist while we’re playing. On the other hand, just last week, we were slapping Seawood against our wrists, clapping with rocks and smacking sticks against one another in a damp field in what turned out to be a highly worthwhile search for inspiration. So, you could say anywhere and everywhere.

In terms of trends, it’s hard to say when you are constantly engaged a well-informed pick-and-mix- routine music that was mainly written in the 1800 and 1900s. If unfettered joy is a trend, then we’ll go with that.

We are about to launch a crowdfunding project that, if successful, will see us visiting local educational institutions to teach seven-year-olds about the unequal dynamics of class society through the medium of the popular children’s game, ‘Hungry Hungry Hippos’.

‘Too Hungry Too Fail’ makes clear that our unceasingly ravenous economic system only has two possible outcomes: the exhaustion of all natural resources that are required to feed it, and thus the collapse of the system itself (represented by one group of children playing the game until they can play no more); or the rejection of that system and the creation of something better (represented by another group of children getting bored and going to play in the sandpit). We need to raise £400,000 and hope you can help.

It’s fairly totalizing being a twelve-legged, twelve-armed, six-headed, semi-aquatic mythical beast and we can’t remember what other aspects of our life there are or even were in the first place. But we’ve certainly all grown much closer to one another over the last six years.

The unchaining of the beastly hedonistic joy that dwells in the repressed soul of the global public.

The relationship between us all is both our inspiration and sustenance.

Spread the good word of joy and wantonness.

At the session, no stone is left unturned. We rinse it for all it has got. 8-hour music sessions are the norm.

“Deb’s” is a must-listen tune with exquisite soundscapes. The Wanton String Band had an outstanding performance on this piece, and their ability to blend everything makes “Deb’s” a masterwork.

Listen to “Deb’s” by The Wanton String Band on Spotify and let us know your thoughts. Cheers!