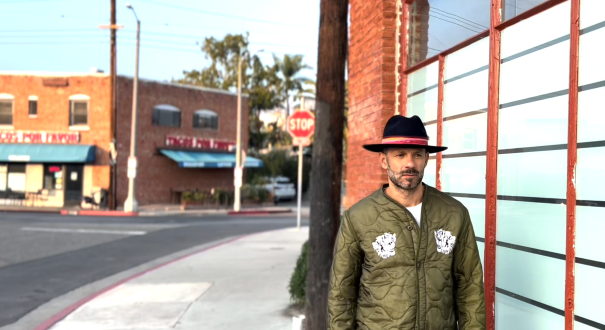 Ghosts of our Former Selves Unveils The “Golden EP”

Ghosts of Our Former Selves, a London-based band comprised of vocalist Theo Brehony, guitarist Sanderson Rocha, and producer Fred Ala, has released their magnificent new EP, “Golden.” The band has been slowly ascending in the music world for some years now, and they appear poised to maintain their momentum and reach new heights with their newest, which was published on August 5th, 2022. Theo Brehony’s alluring voice texture distinguishes this EP from the throng of the four-track EP.

The band brilliantly intertwines fresh musical elements with Theo’s trademark vocals in the “Golden” Ep, which breathes life into the tunes. The EP includes three versions of the song “Golden,” as well as a rendition of Paul Simon’s “Mother and Child Reunion.” This is one of those EPs that will undoubtedly induce tears while listening. The tracks are calming and complement the EP well with heartfelt lyricism.

When it comes to the songs, the idea for “Golden” and its variations is the influence of fatherhood. This is when Theo had a boy with his wife and chose to nurture him in the same manner that his mother had raised him since it is important to remember those feelings and unfiltered moments and reproduce them whenever possible. And when the band departed from their music with tempting rhythms and groovy guitars to fluctuate in between, Paul Simon’s “Mother and Child Reunion” became an additional song on the EP. The flows are fresh and the snare rolls took me on a trip that made me feel uplifted.

Overall, this EP showcases everything fantastic about this band. They put on an outstanding show with hard-hitting lyrics that punch you right in the soul that makes it memorable. The production is excellent, and the sound lyrics bring it to life. “Golden” EP is ecstatically enchanting and will stick with you.

Listen to the “Golden” EP by Ghosts of Our Former Selves on Spotify or SoundCloud and let us know what you think. Cheers!