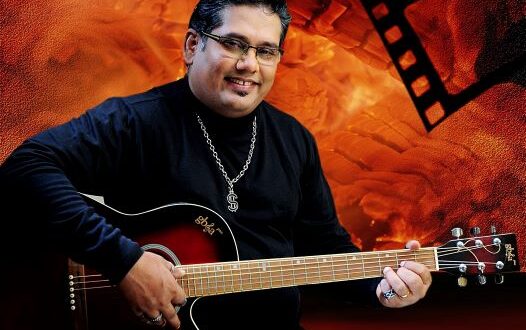 Glenn Valles is a Mumbai-based songwriter and producer who has the rare capacity to let his audience “see with their ears” and “feel with their souls.” Glenn has many International Songwriting Awards to his name from the United States, the United Kingdom, Ireland, and Australia. His music is particularly intriguing as lyrical imagery distinguishes his songwriting. His songs have been considered for a major Hollywood action film, a long-running popular reality television show, a pilot episode of a brand-new TV series for a major broadcast network, and a major studio feature film in the United States. His ability and songwriting abilities have been recognized by seasoned experts in the International Music Industry, and he has been chosen and honored. Glenn released the video for his amazing new track “A Troubled Mind” on June 16th of this year.

“A Troubled Mind” begins simply with an electric guitar tune, but gradually gains speed over the acoustic guitar. It never becomes abrupt or startling for the listener, though. However, the listener is treated to subtle rhythmic pulses accompanied by exquisite electric guitar chords. The single is a passionate track with wonderful melodies and superb guitar playing that brilliantly merges different components into an outstanding composition. “A Troubled Mind” has excellent guitar work, poignant lyrics, and genuine singing.

Glenn, the songwriter, describes “A Troubled Mind” as a song about enduring the numerous “storms” in our life. Even though the lyrics are about and discuss difficulties and mental health concerns, the music is bright and vibrant and its snappy rhythms and instrumentals are an ideal mix that will offer listeners lovely melodies and terrific beats to keep them moving when they are going through a difficult moment in their lives.

I enjoyed listening to “A Troubled Mind.” It’s an enthusiastic tune that seems like an emblem for the entire globe. The words are insightful and honest, and the production is flawless.

Listen and watch the video of “A Troubled Mind” with the link below and let us know what you think, Cheers!