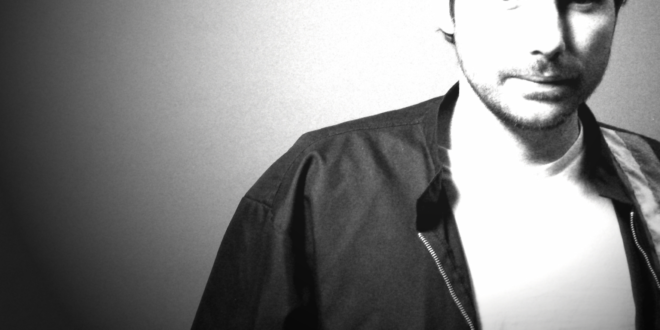 Interview With Night’s Bright Colors Regarding The “Palette”

We spoke with Jason Smith on the opposite side of the globe to discover more.

I started Night’s Bright Colors as a creative outlet many years ago. It’s basically been the decades-long project that I’m continually refining and adding to. Although I believe there is an overall aesthetic, I try to use it as a means of exploration and hopefully a never-ending puzzle that rebuilds itself.

I love music, from Britpop to ambient. I also love the idea of concept records and program music. Night’s Bright Colors is actually just one big conceptual conceit that connects all the albums. The DIY/home recording movement of the mid 90’s kind of pointed the way to making this idea possible for me. I studied classical music at school so I try to incorporate elements of that wherever possible.

This project has always been my way of trying to understand the world and my interactions in it. Memories, relationships, and especially my childhood tend to loom pretty significantly. That’s why I use old family movies in a lot of the videos and when I play live.

Palette is a compilation of tracks taken from previous albums as a kind of introduction to NBC. I was lucky enough to have Adam McDaniel, who has worked with some big names like Animal Collective and Angel Olsen, remaster these older home recordings and bring them to another level than what I could do on my own.

Besides a sense of identity and maybe confidence, I think it’s opened up a lot of relationships that I probably wouldn’t have had otherwise. I’m a shy person on the whole and tend to be a little reclusive. Some of the best times of my life have been working with friends in various ways, either playing live or recording or even just talking about music and its great importance in the world.

I think my dream was and is to connect with like-minded people. I think it’s probably a niche audience in this time of so much music (which is a good thing, I think everyone has music inside them and should be expressing it), but that’s what makes it so much more meaningful when it happens.

I feel so lucky to know and interact with many great artists, not just musicians. I got involved with the NC film scene years ago and met many wonderful, creative people and I got to contribute to many films over the years. It’s just so gratifying to see someone have an idea, struggle and persevere, and complete their vision, I can’t even describe it.

Check out and recommend www.nightsbrightcolors.com

I feel like I’ve been really fortunate to have a lot of kind things said about my work from people I really respect. And to have had the interactions I’ve had with creative people I hold in such high esteem. There have been many times in the past when I’ve just looked around and thought, “What am I doing here?”

For me, I think it’s important to look outside of whatever project or ability I’m trying to improve. I can get pretty OCD about the mechanics of practicing something or learning something new, but it’s when I take inspiration from something seemingly unrelated and try to apply it to my initial effort that I recognize the most improvement or at least development in an unexpected or surprising way. And that is the best feeling, to surprise yourself.

Overall, “Palette” is an album that has completely exceeded my expectations. I was surprised to hear such a beautiful voice from Jason. He has a completely exceptional and unique voice and has created an exceptionally intriguing album with intelligent and lovely lyrics and stunning vocal delivery.

Listen to the “Palette” album by Night’s Bright Colors on Spotify or SoundCloud and let us know your thoughts.

You can follow Night’s Bright Colors here for more information

Previous REVIEW OF AN AWKWARD SOCIAL’S “ONCE IT’S OVER”.
Next ZADAR “Halos On The Moon” With New A Single