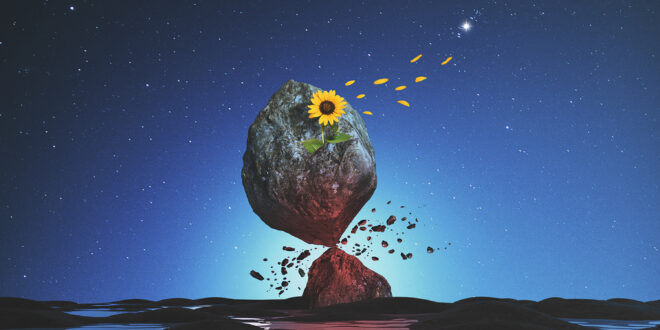 Interview with Paul Cogley Regarding The “Deep Blue Sky” Album 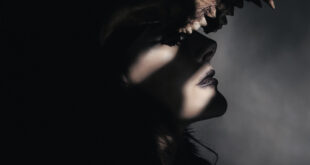 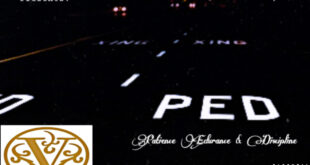 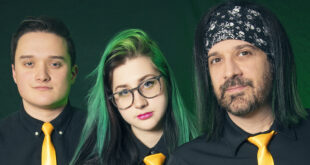 Edmonds-based musician Paul Cogley has published his 12-track album named “Deep Blue Sky,” which took two years to complete, as a guideline on how to redeem yourself in this crazy world where we’ve all lost the plot a little. The album was released on August 20th of this year, and with the tracks, he has created a lovely and dreamlike environment that can be fully experienced. We hosted him at Songweb to learn more about the album and his career. Relax and enjoy our conversation with Paul Cogley.

PAUL: A nice descriptor for me would be ‘eclectic’, and a not-so-nice word would be ‘scattered’. I was given my first guitar at age 11 and have been active in music circles ever since. In the U.K. I graduated as a Mechanical Engineer in 1981 and worked all over the world in that field. During that time, being involved in local music scenes exposed me to various music cultures and genres, undoubtedly influencing how I absorb and manifest music. In 2016, I finally hung up my Mechanical Engineer hat to work on music full-time.

PAUL: The first LP that I bought was ‘Pictures at An Exhibition’ by ‘ELP’ closely followed by ‘Mike Oldfields And tubular Bells’. ‘Mike Oldfield’ went on to be my biggest overall influence, not just musically, but also as a solo artist who writes, plays, and records everything on their own. When playing with others in bands, ‘Led Zeppelin’ was a major part of my evolution. I would obsessively learn every aspect of their songs. Later I discovered ‘Kraftwerk’ and ‘Tangerine Dream, ‘The Orb’; all of which may explain the more electronic aspects of my music. More recent years I became a big fan of ‘Daniel Lanois’ production, the band ‘Tycho’ and, for the last 10 years, ‘Richard Thompson’s songwriting and guitar playing floor me! His songwriting might be my biggest current influence.

PAUL: I have been trying to avoid being a progressive type of musician, but since my first solo album ‘Terra Nullius’, I have given in to who I am, choosing to suspend judgment and allowing the songs to develop without any filters. I mentioned ‘Tycho’ earlier; I love their simplistic melodies that are dripping in ambiance and lush reverb, allowing anything and everything to create the space that the song lives and breathes in.

PAUL: On ‘Deep Blue Sky’, a couple of tracks (‘Longing’ and ‘Epitaph’ immediately come to mind, but others too) began as a feeling I got from reminiscing about something. No music was involved, but just simply a feeling that I tried to reproduce as music. It’s hard to explain. As an independent, responsible for the writing, performing and mixing, I had full control without time constraints, therefore was free to experiment with everything. Some songs began to come alive when I started experimenting with new production techniques. I need to admit my production ‘skills’ have been mostly trial and error, and it can take time to get to something usable. Eventually, “wrong” decisions lead to something unique and innovative, you just have to keep going. 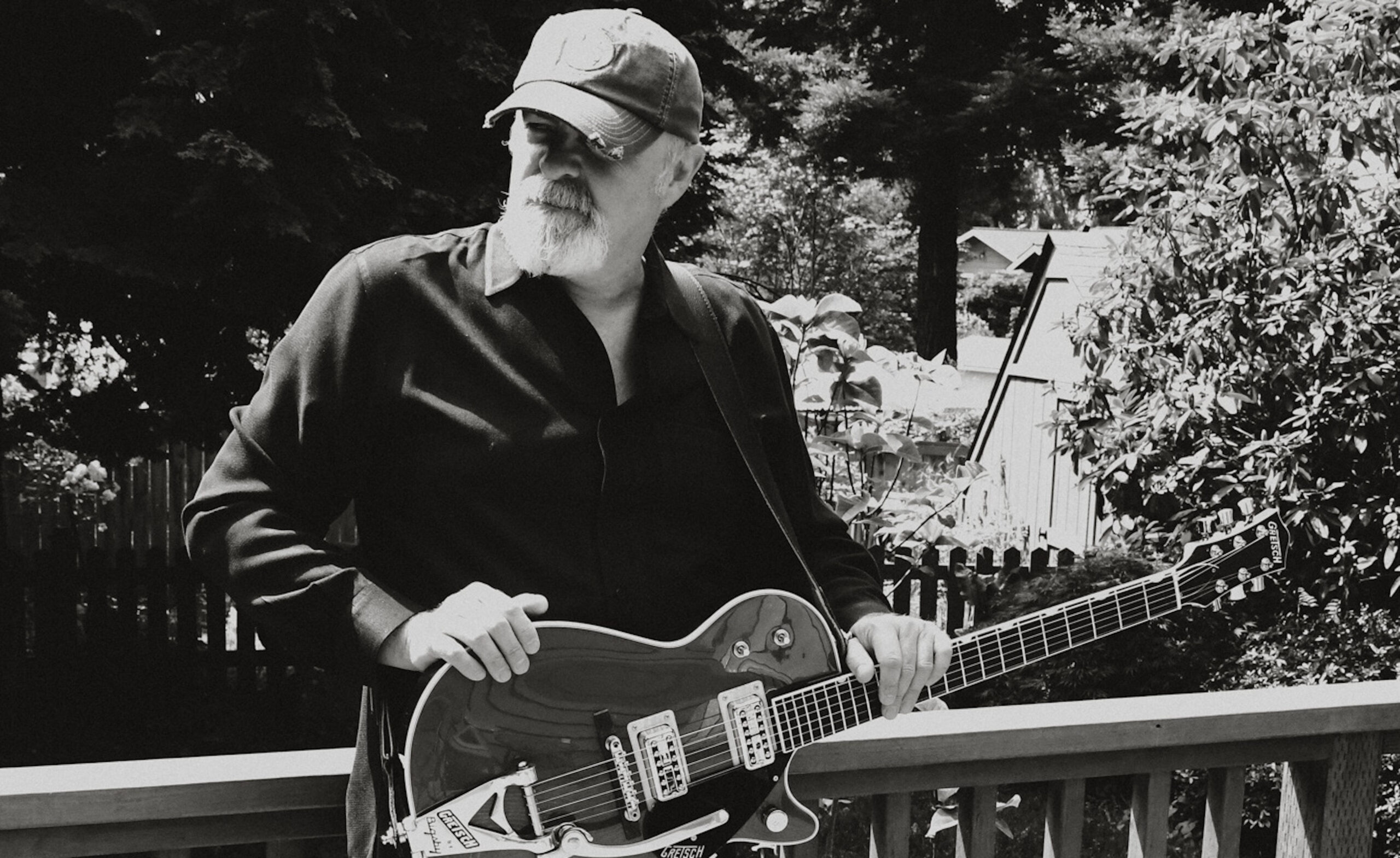 PAUL: I am not a great verbal communicator and the music is a channel in some way. I have lived a full life that, like anybody, has ups and downs, including a time when I was told I had 3-months to live after a cancer diagnosis in 2004. My music is a type of catharsis and the reason I do it is that I simply need to. I put a statement on the ‘Terra Nullius’ cover and included it on ‘Deep Blue Sky’. That statement is ‘Love Is Everything’; if anything, that is the message I want to get out. The world needs all the love it can get.

PAUL: I just want to be as genuine and purposeful as possible in creating heartfelt music with meaningful messages that can combat the harshness, we see these days.

PAUL: When I released “Terra Nullius” in 2020, Mimi Page and Joey Fehrenbach were both kind enough to review, it because I asked them to (see the reviews section of www.paulcogley.com), and they were very generous. With my last two albums, I have tended to work alone, but that is not because of a lack of talented musical artists, producers, and engineers here in the Seattle area, there are many that I network with or who I am friends with, and everyone is extremely supportive and generous with their time and expertise. For ‘Deep Blue Sky’ there were a couple of local Sound Engineers who were great help being a sanity check for my mixes…… and you need that!

PAUL: I am very pleased with ‘Deep Blue Sky’ and keen to get it out there and have as many folks listen to it as I can. Anything you can do to help would be very appreciated. I believe it is entirely possible to heal, unite and spread love through music.

PAUL: I have been blown away and most humbled to receive many positive reviews for ‘Deep Blue Sky’. They can all be found on the reviews page of my website. It is gratifying to see other music aficionados interpret and express appreciation of my efforts. It is doubly gratifying to see some of those reviews hit the nail on the head with the message I was trying to get across, even though that message is hidden in the music.

PAUL: If there is any honing going on, then it is working towards being increasingly flexible and open-minded enough to explore new and different things and not pre-judge anything or fall back into old ways. I do play an instrument or create something almost every day. It might be a simple ditty on an acoustic guitar that I record with the standard ‘Voice recorder app on my iPhone or a patch set on the Moog that I just discovered and I record a few measures and record it on Logic Pro X. It all ends up in a library that at some point will be assembled into something. It seems that everything I do musically is experimental, but the creation and development process never really stops and needs space and time to evolve and seems different every time.

From the intro song ‘Mr. Spaceman’ where we are under pressure from ourselves, trying to live up to impossible scrutiny and demands, thru ‘What If It Were You’ where we have lost our empathy, to ‘Longing’ where we know we have lost something. We do not know how to get it back, ‘Everything Changes’ (self-explanatory), ‘A Million Miles Away’ which is about the James Webb Telescope (easier to look away than look within), ‘Who’s Keeping Score’ where we know the material gain is not the answer, ‘Russian Doll’ a tip of the hat to the bravery of Ukraine, but let’s not totally forget about the Russian people (who surely must love their children), ‘All The Love Inside’ where we really need to remember how to love again, and finally ‘Pebble’ which is a return to simple things.
This album is dedicated with love from me to the world, says Paul Cogley

Listen to the “Deep Blue Sky” by Paul Cogley on Spotify and let us know your thoughts. Cheers!