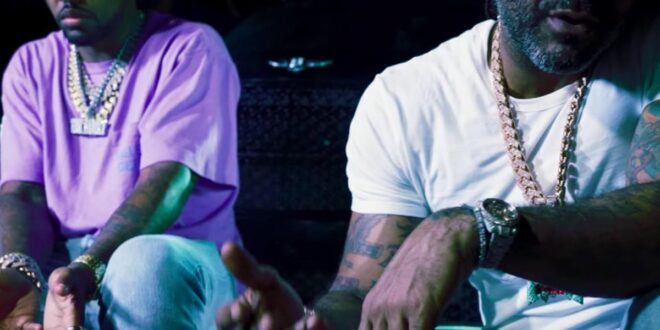 Pusha T had the winter on lock with “Diet Coke,” the first single from his forthcoming album, It’s Almost Dry. While it’s been nearly two months since the single dropped, it hasn’t worn out one bit, and we’ve heard several rappers tackle the beat with their own spin. This week, Fabolous and Jim Jones came through with their official remix titled, “Coke Zero” freestyle. The two initially hinted at a remix earlier this year but finally unveiled it on Tuesday. Jones and Fab handle the Kanye & 88Keys co-production with smooth flows intertwined into the plug talk.

Jim Jones has been on a solid run this past week. Last week, he released the official remix of “We Set The Trends” ft. Lil Wayne, Juelz Santana, and DJ Khaled.
Check out Jones and Fab’s new freestyle below.

Quotable Lyrics
All hail the drug runners, I’m missin’ all my drug summers
Blow it up and break it down on the block, doin’ plug numbers
I was in VA like Pusha T but I was pushin’ C
I know some Young Thugs, I got some Gunnas that be pushin’ P