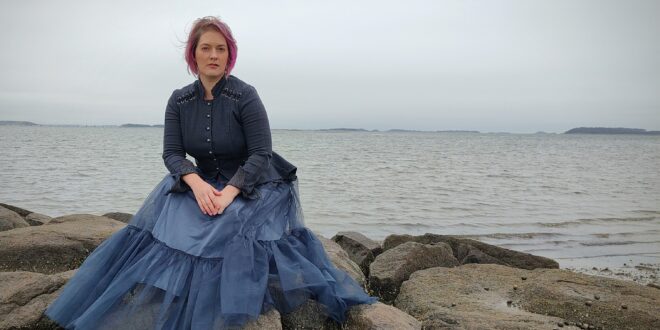 Jodi Heights is an alternative pop singer-songwriter from Boston, Massachusetts, who never ceases to inspire her listeners with her use of imagery and profound sentiments in her music. Her most recent is no exception. It’s known as ‘The Storm’. This optimistic melody was composed in the early days of the epidemic, but it applies to any catastrophe that impacts large numbers of people and questions what we will have when ‘The Storm’ has passed. On May 6, 2022, “The Storm” was released.

This song is not only well-composed, but it is also a work of art that should be admired. Jodi Heights continues from her last hit, The Iceberg. ‘The Iceberg’ dealt with climate change, whereas ‘The Storm’ is about the pandemic and its aftermath.

It starts suitably depressing, with Jodi’s emotive voice taking center stage. As the song proceeds, a sense of optimism emerges. Fear is dispelled by sweeping strings and soaring voices, which signpost to a brighter future.
Jodi Heights gives wonderful vocal lines where we witness a work in which an artist understands exactly how to apply the notes in a right, technical, and pleasant approach with her nice way of singing.

“The Storm” begins with gloomy clouds drifting in, conveying uncertainty, loneliness, and terror. The song delves into the two most frequent crisis mindsets: self-serving and community building. It gives us hope that when the decision is between selfishness and empathy, we will choose the latter.

The gorgeous musical compositions, which initially opens with a piano intro, are increased as the singer’s voice swells with the theme and counts on the introduction of strings such as violins and cellos that appear to provide an even more celestial tone to what would have seemed to have been felt from the skies in its initial instant.

Listen to ‘The Storm,’ then subscribe to Jodi Heights on Spotify. Please leave us a remark after listening to this soothing track. Cheers!

It started out as something small

Nothing to concern us

And suddenly, it’s grown into something so enormous it fills the sky

I can’t believe my eyes