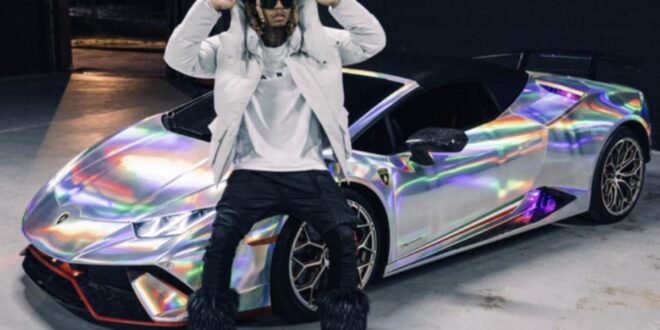 Other musicians that collaborated with Gnar on his new release include Tory Lanez, Yung Bans, Trippie Redd, and Lil Uzi Vert.

As the hip-hop community continues to grieve the death of Lil Keed, 26-year-old Lil Gnar is paying respect to his fallen comrade in a unique way — by including a posthumous feature from the 24-year-old on his recently released DIE BOUT IT album.

“No Reason,” the album’s sixth title, features cameos by both Keed and Yak Gotti. “I be sporting Amiri jeans, I put stones in my earrings (Stone) / No, I don’t even talk about business like I’m blind, ain’t never seen it / And whatever I got, I prayed for it / And me and Yak in that Bentayga Bentley (On God),” the former YSL model rapped on his stanza.

Among others who have contributed to the 18-track project include Lil Skies, Lil Uzi Vert, D. Savage, Trippie Redd, and Tory Lanez. Songs like “No Switches,” “My Bruddas,” and “Missiles” have been released as singles in recent months, and Gnar’s fans now have a plethora of brand new titles to keep them occupied.

DIE BOUT IT is available to stream here, and “No Reason” is available on Spotify, Apple Music, and Soundcloud. Lil Keed, rest in peace