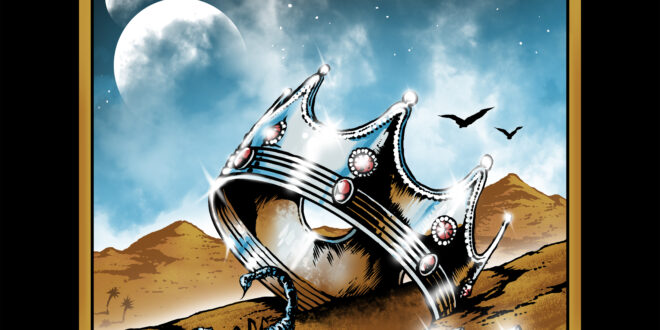 “The Crown” opens with exhilarating guitar sounds from guest guitarist Kyle Shutt, dubbed “Austin’s Shredder King,” in a very engrossing presentation. The guitars embellish the song’s harmonic portion, which is accompanied by crushing percussion and bass, which seems mesmerizing and are played with elegance and in conformity with the tune. The start instantly grabs my attention as a guitar nerd and admirer of rock music.

This quickly transitions into a delightfully soothing and captivating melody composition complemented by a pretty distorted guitar. The instrumentation, chord sequence, and supporting percussion component all appear to point in that direction. All of these aspects combine to create a strong, refreshing, and captivating thought display. Although it creates a sound atmosphere that either calms you down or makes you carefree in a nice manner, the story of “The Crown” pushes a deeper, harsher, and more intense meaning.

“The Crown,” as produced by Frenchie Smith at The Bubble Studios in Austin, is really unique and highly immersive, with every aspect ideally loud, providing a healthy audio quality that makes me have heaps of affection for this song.

Listen to “The Crown” by Kyote Radio on Spotify and let us know what you think. Cheers!