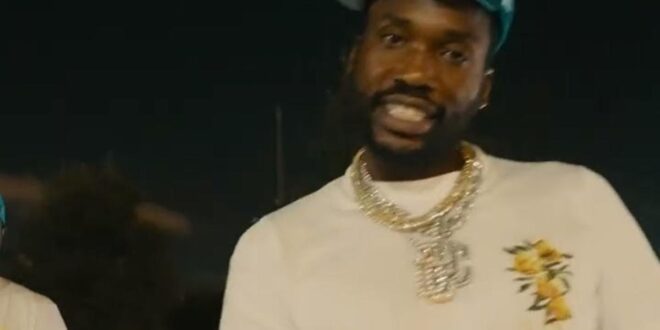 Meek Mill Gets Back To Business With “Early Mornings”

The Philly rapper blessed fans with a gritty new track and dope visuals to match.

Meek Mill is gearing up to embark on the next level of his career. Over the Summer, after revealing his split from Roc Nation, the Philly rapper announced that he’d be dropping brand new music and mixtapes starting in September. On Friday, the Dream Chasers head honcho delivered by blessing fans with his new track “Early Mornings” along with the Benjamin Carter-directed video.

Meek teased the release of his new single via Twitter, sharing, “It’s a million men where we come from that “rap” only a few can do it this way. I happen to be one of them.” He added, “This video is too much for mainstream keep it underground.” As fans praised the gritty new track, Meek hopped on Twitter for a special #AskMeek segment, to answer questions and motivate his followers in the process. On advice he’d give young men coming up in the inner cities, Meek shared, “Feed your hood, never forget where you come from.. but put being “smart ” first, that will stop you from making super bad decisions!”

Check out “Early Mornings” below.

Previous Kyote Radio Wears “The Crown” With Kyle Shutt
Next NAV & Bryson Tiller Come Together For A “Reset”: Listen