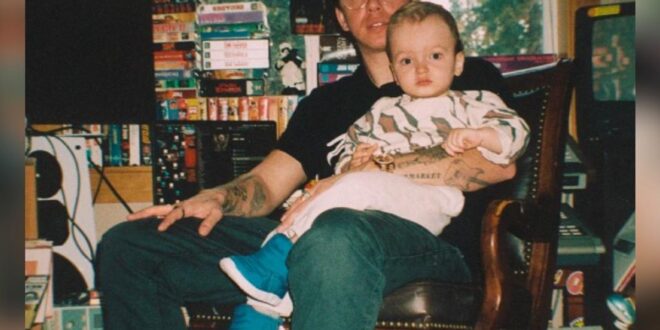 The single comes ahead of Logic’s “Vinyl Days” album that is slated for release in June.

It doesn’t look as if Def Jam heard Logic’s cry. Today (April 22), the rapper returned with two new singles, “Decades” and “Tetris,” but ahead of their releases, Logic shared a video on Instagram where he issued a complaint to his label. From the sound of things, it seemed as if Logic wanted these tracks to be released as a two-pack but instead, Def Jam chose for them to come out as two singles on the same day.

“What kinda sh*t is that? On top of that, they tellin’ me, ‘Oh, don’t drop your music video early ’cause if you do, you might upset our partners who feel like YouTube’s getting an exclusive,'” he said in the video. “I care about Hip Hop, I care about music. And I’mma be honest, years ago, I was playing that game. Don’t do this, release this on this sh*t, all for the bread and the money tryin’ to be f*ckin’ extra, and I don’t give a f*ck about none of that, man. I have my baby, I have my wife, I am blessed, bro. I made it!”

While Logic didn’t get what he wanted in the end, his fans are enjoying his music, regardless. We’ll get around to “Tetris” later, but for now, check out “Decades” and let us know what you think.

‘Cause drug dealers on the corner, they finna spray you at will
And this music is a dream that I plan to fulfill
Starin’ at the morgue through my windowsill
In the beginnin’, I was itchin’, no, I couldn’t sit still
But when you got this much heat, it’s just too hard to chill