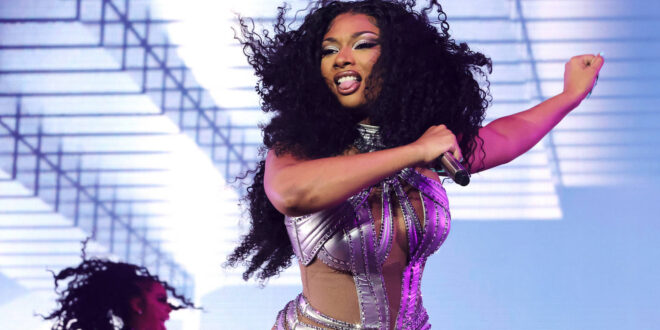 Megan Thee Stallion Kills Rumors, “Plan B” Is Not A Tory Lanez Diss

It was not long ago that Megan graced Coachella with her appearance and rocked her way through her set by performing fan favorites. It was the now released track “Plan B” that propelled the Houston singer to the core of all trending topics and conversations. For many, the fiery track, reminiscent of Lil Kim’s rough delivery and heavy-hitting bars, was nothing more than a middle finger to the haters. However, to some who took the time to dissect the lyrics, it appeared to be a direct jab at no other than Canadian rapper Tory Lanez. Rumors have since sparked, but Tina Snow was quick to shut it all the way down.

Yesterday, the Houston-bred lyricist answered fan questions on Twitter and was asked for clarity on the inspiration behind her new release “Plan B.” The response was simple yet clear enough to counter any rumors regarding a potential diss to Tory Lanez. “I was just venting abt experience I’ve had in relationships I’ve been in the past.” Now, this could be interpreted in several ways, just as much as it could be taken exactly for what it is. Megan Thee Stallion has previously been particularly vocal about the situation with Tory Lanez and has not shown to be the type to cut corners when it comes to checking folks who try to come for her. Would she truly hold back on saying it was about the Toronto rapper if it indeed was? Let us know your thoughts in the comments.

I was just venting Abt experiences I’ve had in relationships I’ve been in the past https://t.co/ERx8J7FN95