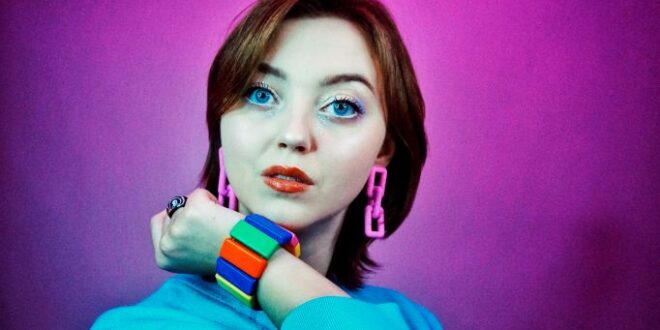 Anna Belle is a Nashville-based artist from the United States. She is proud to be a one-woman show with catchy songs, analog-esque music, and computery, 80s-inspired graphics. She appeared on the nationally syndicated late-night show “The Mystery Hour” in 2018, and she played at Playlist Live Orlando in 2019. Her discographies include her first EP “The Past,” and her second EP “Barely Functional,” which serves as a showcase of her talent, nostalgic, glittering, and engaging. Her songs “Mortal,” “Until August,” and her most recent song “Dreams (Late at Night),” which she released on July 15th, this year and is the first single from her upcoming album titled “SCHEHERAZADE”.

Anna Belle graduated from Belmont University in 2020 and now spends her days teaching voice, writing, and producing on the song platforms Songlorious and Songfinch. She draws inspiration from musicians from the 1980s such as Heart, Alexander O’Neal, Howard Jones, and Cyndy Lauper.

“Dreams (Late at Night)” has a charm and charismatic emotional voyage with slow, rich, menacing vocals. The composition and skill technique is heavily influenced by 80s music. This song is relaxing, with guitar licks interspersed between Anna’s beautiful vocals and gentle percussion. “Dreams (Late at Night)” is an amazing showcase of Anna’s skill. She flawlessly executed the vocalist’s voice over a smooth, merchandise rhythm.

“Dreams (Late at Night)” is a smooth R&B tune. Anna creates a comfortable ambiance for her listeners by using depths rhythms and delicate music. The song features a tasty musical backdrop and meaningful lyrics. The song’s production is excellent and  Anna Belle’s composing approach combines sensitivity with cadence and loveliness.

Overall, Anna Belle’s “Dreams (Late at Night)” has piqued my interest, and the underlying expertise, compositional aptitude, and pure charm behind the smooth aspect of this song are not to be overlooked.

Listen to “Dreams (Late at Night)” by Anna Belle on Spotify and let us know what you think. Cheers!

Previous Lil Pump Reminds His Haters That He’s Still Cakin’ It On “Splurgin”
Next Tems Shares Cover Of Bob Marley’s “No Woman, No Cry” From “Black Panther 2” Trailer