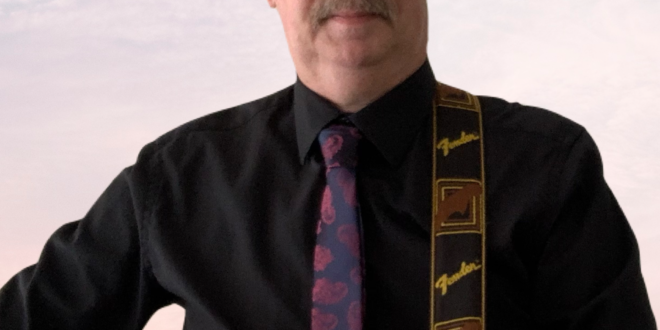 Review Of Gavan Waldby’s “Thanks For That”

Gavan Waldby, a Brisbane-based artist, has had various musical escapades. There aren’t many things he hasn’t done, from Big Band guitarist to stand-up comedian. He discovered his calling some years ago. He desired something concrete to demonstrate all of the abilities he had acquired throughout his life. He understood at that point that he wanted to create and record music when he grew older. “Thanks For That” is his eighth single and, to date, his most personal and genuine song. Gavan Waldby released this work on August 12, 2022.

“Thanks For That,” with its beautiful and calming voice and sparkling acoustic guitars, is Waldby’s way of expressing thank you to the women in his life who looked after him and had his back. These women include his wife, daughter, older sister, and his late mother.

The song was inspired by a negative situation that occurred last year. Waldby was distraught, but his wife, daughter, and my older sister all stood up to assist him. They were wonderful, as he recalls, and it was a poignant experience for him, so he began writing a song to express his gratitude to them all.

The writing and recording of the song was an emotional journey for me because I wanted to add another verse to say thanks to my late mum. That became the fourth verse. It was incredibly hard to sing. I had to go over it many many times before I could do it without tearing up. My sister co-wrote the lyrics and sang backup on the recording.

Gavan Waldby builds “Thanks For That” on a colored guitar melody’s subtle beauty. His vocals are idyllic and glide through the song like a bright ray of light. The delicate harmonies of the music make you feel as though you’re wafting and pleasantly splashing.

“Thanks For That” has deeper words that will certainly hit a nerve with listeners. Beyond everything, it is well-structured, with an arrangement that allows the song to flow naturally. I feel the song’s words and subject will be significant in introducing the music to a wider audience and which I am convinced that many ears will acclaim Gavan Waldby.

The song has a very unusual structure. There is no middle section, and it changes the key three times. On top of that, I love the quirky instrumentation. Acoustic guitars, organs, strings, woodwinds, and a mellotron. One of the standout parts for me is the key change into the fourth verse at 2:57. I love the acoustic guitar running in unison with the strings.

Listen to “Thanks For That” by Gavan Waldby on Spotify and let us know what you think. Cheers!

Tags Gavan Waldby review Thanks For That