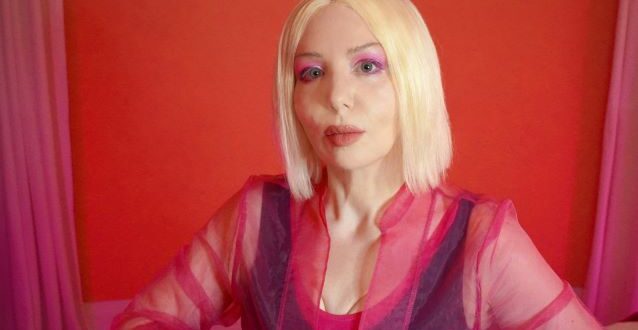 With a discography that highlights her vast variety of abilities, including her multi-instrumental virtuosity, Jenn Vix is a Rhode Island-based singer/songwriter whose songs are a combination of indie pop and trap with heart-felt rhythmic melodies and joyful lyrics and injects a lot of emotional, enthusiasm, and her true personality into her songs. Her ability to spin lovely words in her songs is astounding.  I recently discovered her most current single “Mr. Strange,” which she released on October 7th; this music gives me shivers. It transports me on a thrilling ride, and I’ve been replaying it since I first heard it. It was accompanied by a music video. Keep reading to get enthralled.

It’s magnificent how the music is an absolute delight to listen to, beginning with synth melodies and harmonies that carry the song so effectively from the start. The percussions that appear later are ingenious and harmonize brilliantly with Jenn Wix’s entrancing vocals, which keep us immersed in her attractiveness. “Mr. Strange” is stunning, and I adore how each aspect of the music fits perfectly. The vocals are conveyed well, and her delivery is engaging enough to keep you intrigued, having a good flow that is nicely matched by the rhythmic synth vibe.

With smooth transitions that flawlessly take us to the track’s climax and leave us desiring extra, “Mr. Strange” is a really interesting narrative that is incredibly beautiful and brilliantly articulated. The lyrics details Jenn Vixx’s adventures with a male blow-up doll since that is her preferred method of having pleasure with a man. The music video perfectly complements the lyrics, as Jenn is seen flirting with this male blow-up doll as if it were real. And, at its heart, “Mr. Strange” is a love song.

Overall, “Mr. Strange” is a lovely song with clear lyrics and in addition, a very catchy song. Jenn’s attractive vocal tone puts true sentiments into the lyrics with great performances, both vocally and instrumentally. She performed so that we could sense her emotions. The production style is uncommon, and it’s an excellent way to entice new listeners.

Listen to “Mr. Strange” by Jenn Vix on Spotify and watch the video with the link above and let us know your thoughts. Cheers!

You can follow Jenn Vixx here for more information.