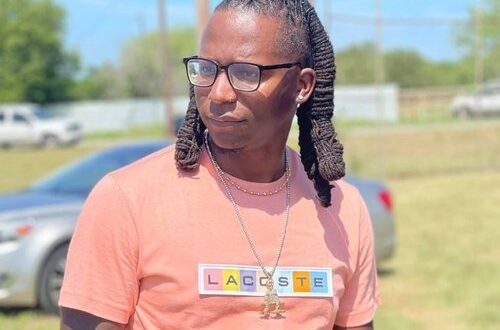 The smooth and emotional Album from the Texas trapper exceeds expectations.

J’Moris is a rapper from Hillsboro, Texas. He pulls stylistic inspiration from Gucci Mane and Master P to build his likes. Growing up in Fort Worth, the aspiring artist was exposed to a variety of difficulties in life, from narcotics to pimps, but was able to find his way out with the assistance of his brother. This inspires him to write songs for everyone who has faced the same difficulties that he has and Moris Better: Loveless Confessions, his most recent album, is a 14-track collection that discusses all of this and further solidifies his anthemic and crowd-pleasing hip hop genre, complete with brilliant choruses and iconic melodies.

Beginning with the open track “Magic”, this song comes with a great nostalgic touch with exhilarating instrumentals and lyrics about all he’s had to deal with and get through the street life, and it captures the intensity of the best of the rest of the album. “Magic” is a soulful and lively tune that goes hard and offers you a taste of what life used to be like. Following this comes the deserving song “Wanna Ball,” which has a sad tone to the words and rhythm but is complemented by the same dynamic life energy as the opener. This tune sounds professional and neatly produced from start to finish, with powerful and passionate vocals blending with a catchy chorus and seamless song structure.

Another thing J’Moris does consistently well is “Skeleton”. This is to incorporate emotion into the song he is playing, both lyrically and instrumentally. J’Moris understands better than anybody else that everyone has skeletons in their closets. He acknowledges this by assisting people who are too terrified to confront them. Because of the track’s profound and serious lyrics, it has a lot of depth. “Activated,” on the other hand, appears to be more challenging. It shows J’Moris becoming tired of coping with all the negative stuff and preparing to explode out. This music is a lot more sure of itself and how you need to move on from the negativity.

From the brazenly anthemic style of tracks like “Too Spicy,” “Private Party,” and “Fall Thru” to the sentimental nature of tracks like “Nana”, and “A You Thing,” J’Moris’ songs are all intensely expressive and narrative telling.

With few of his tracks showing us more of what life is like on the streets, “Work” sticks out to me, particularly because it seems to take some of the features of the pimp life that J’Moris has witnessed and make caustic criticism of them, and for these reasons, it’s a personal favorite of the album for me. And “You Bad”, which tries a similar one, is more upbeat and restores J’Moris to his previous flow.

Loveless Confessions, the album’s title tune, is arguably the most difficult track on the album. It compiles all J’Moris has seen and experienced into a single Loveless Confession. This is one of my favorite songs on the entire album. There’s a lot that goes on that we don’t see, and J’Moris has a lot to say that he gets over beautifully across the album.

We notice components that are just “Not For Everyone” in tracks like “We Can Get Away” and “Not For Everyone,” which are practically battle-cry-like in form. There’s an underlying theme here that demonstrates how individuals don’t want to be a part of this existence. While this might be seen as J’Moris conversing with a single individual, it could equally be interpreted as his connection with the streets.

J’Moris has slowly built a fan following with his passionate and rousing hip hop and trap sound throughout the years because he understands and expresses his genre wonderfully; his expressive and descriptive compositions are unmistakably hip hop.

Except for two tracks, “Work” and “Nana,” J’Moris has embraced the melodic side of his voice, infusing his lyrics with R&B, jazz, and vocoder flourishes to match Supamario Beats’ chilled-out trap and hip hop production. He released this project on 18th March 2022.

Moris Better: Loveless Confessions is available now on Spotify to stream with the link below.