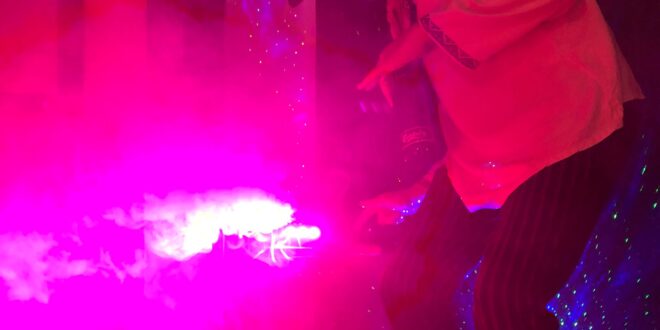 Review Of Maltese Flamingo’s “All Forgiven”

“All Forgiven”, which begins with synth bass and progresses to a classical guitar before ending in a symphonic cacophony of electric rain and pure release, is a delightful electronic rain, like dew droplets on fresh grass lighted up in neon. It follows a pretty traditional song structure but then meanders away to breathe and halt at moments, just being itself at the moment and experimenting with electronic music durations.

A few years were spent hanging out at Berlin clubs Kater Blau and Sysysphous on Sunday nights into Monday late mornings, watching the sun rise over the Spree, and summer European festivals in the German and Polish countryside, camping and being immersed in an electronic groove,” Kerstein says. “Landing back in Boston, I was able to hole up in the studio and synthesize this experience with my past musical incarnation in my band Brighton MA. The first track finished was the recent release “Mother Nature’s Bliss.” This is the second track experimenting with this electronic folk blend, “All Forgiven.”

Maltese Flamingo has had a gaze launch with this single, thanks to his flourishing vocals and gripping lyricism. “All Forgiven” is a dynamic tune with a lot of personalities, and he creates a light environment while his booming, yet calming voice takes the listener through the song. Maltese Flamingo has a nice flow that relaxes the listener throughout the song. The song’s production work is a joy, and the intensities are wonderfully handled, with little pieces of instrumentation tossed on.

Listen to “All Forgiven” by Maltese Flamingo on Spotify and let us know what you think. Cheers!