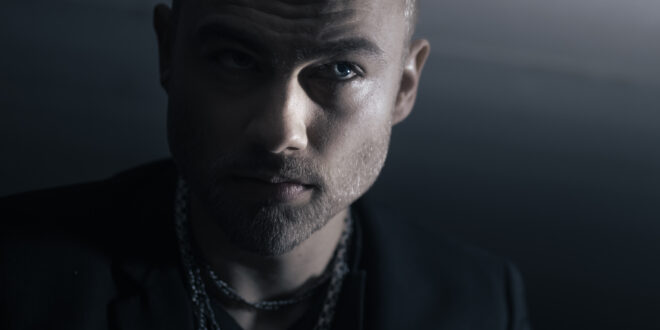 Reset is a tense crescendo that builds and builds until it erupts.

Skar de Line is a Swedish-born and raised London-based artist. He is a musician, singer-songwriter, producer, composer, and filmmaker, among other things. Skar de Line is influenced by film soundtracks, hip-hop, and electronic metal, which led him to create an autobiographical suite of music that delves into his deepest thoughts and ideas, and his latest release, “Reset” is the debut song.

The first chapter of Skar de Line’s new autobiographical suite of music, Reset, delves into every facet of his mind and beliefs. A relieving experience in which he will seek to address the dilemmas that continually race through our heads. “Reset” is a dramatic and cinematic tune that continues Skar de Line’s exploration of new musical sounds by pushing him outside his bubble.

Skar de Line’s latest single “Reset” focuses on first and foremost breathing and anchoring the encounter in the most human place there is existence. Also, he focuses on the idea of breaking free, becoming greater, and becoming a better version of oneself by letting go of one’s old self to symbolically climb out of whatever binds one backward.

“Reset” begins on a spooky tone, with echoing breathy gasps by Skar de Line, which are soon joined by a distant rumbling bass and quietly ticking percussion while he speaks in a menacing intonation. As the breathy intakes persist, the music progressively rises with the inclusion of dark orchestral synthesizers and harsh percussion, producing a strong sense of suspense. As the suspense builds, his voices get more sinister, eventually erupting into a grandiose cinematic crescendo accentuated by a hauntingly beautiful angelic chorus that he claims helps to pull us out of the despair.

“Reset” is an intriguing track idea that is complemented with a dramatic music video written, filmed, and edited by Skar de Line. You will be able to see how he experiences the entire process of killing his old self and being reborn throughout this glimpse.

Listen to Skar de Line’s “Reset” on Spotify and see the video on YouTube, then let us know what you think. Cheers!