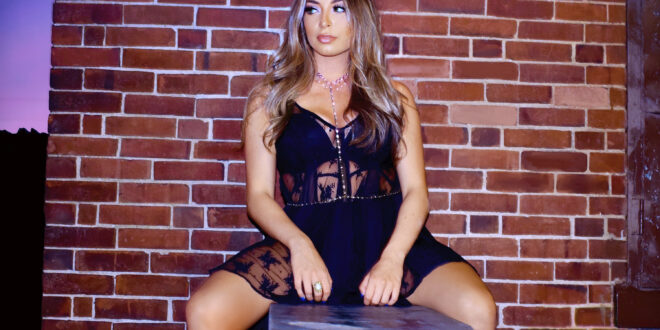 Sydney Gordon, a singer-songwriter from New York, has lately been on the rise after being featured on iHeart Radio’s Most Requested Live with Romeo and Sirius XM’s Train Tracks on the Pulse, both of which aired her song “Chains” to their countrywide audience. Sydney Gordon’s distinct sounds are classified as pop music, and she’s back on the scene with “Obsessed,” a new song she premiered on September 16th.

“Obsessed” is a song that will have you bouncing your head from the start. Sydney’s voice is really clear, and the beat is superbly executed while the song’s magnificent composition is implemented really well and beautifully captures the feeling. And her creativity is given space to fully captivate us as the song unfolds. The instrumentals offer an added dimension of opulence, allowing everything to glide seamlessly wonderfully and designed to allow the listener to dwell on Sydney’s voice, which is truly stunning.

In terms of the song’s topic, this is what Sydney Gordon says.

“I wrote obsessed when I was in a relationship with someone I was so into that it had become unhealthy. The relationship wasn’t balanced and it was driving me crazy how unpredictable it was. Emotionally I was in a place where I wasn’t sure how I would move forward and it seemed like my feelings for him were stronger than his feelings for me. The lyrics really say it all as I became “obsessed” with the idea of loving this person and became “obsessed” with trying to figure out how he felt about me.”

Her concept is fantastic and ought to be heard by people all across the world. She sounded serious and passionate about the subject, and it’s nice to see how dedicated she is to raising awareness. Sydney has created a full narrative based on her real-life experiences, and the situations are quite relevant to anyone who has been in a similar situation.

Overall, “Obsessed” is the ideal song to listen to when you need to recharge your batteries in a relationship. It’s a lovely track that showcases Sydney Gordon’s great skill and establishes her as an artist to explore.

Listen to “Obsessed” by Sydney Gordon on Spotify and SoundCloud and let us know your thoughts. Cheers!

You can follow Sydney Gordon here for more information.

Previous Review Of Alyria’s”Running”
Next Review Of Mr. Ferocious’ “Wait Beneath Your Window”