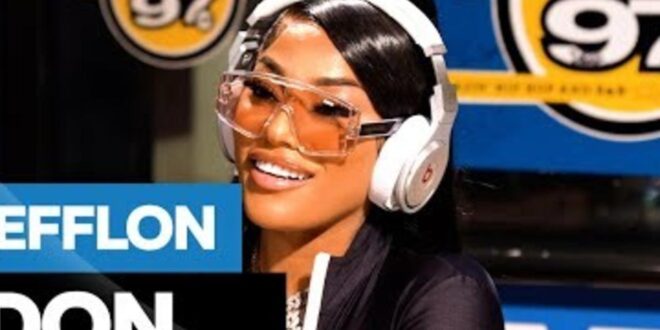 “Stefflon went through more accents than an airport terminal,” one YouTube viewer wrote in the comments.

2022 has seen some big names drop by Hot 97 to participate in Funk Flex’s Freestyle challenge, from Cam’ron back in January and Latto in March to Erica Banks at the top of the summer and Denzel Curry following her just a few weeks later.

The most recent artist to show their stuff was Stefflon Don, who seriously showed out in a number of accents, and even left Funk Flex speechless after hitting on him with some saucy bars.

“Hey yo Flex, can I keep it real with you for a second, I wanna keep it all the way real. I wanna say some sh*t. I’m a Sagittarius, and I get straight to the point,” she began speaking to the 54-year-old. “Okay,” he agreed before she asked him to look her in the eyes while she got her bars off.

“I ain’t f*ck in a year but I am ready to f*ck / I might just give my p*ssy to a OG buck / Like Funk Flex, come f*ck out my p*ssy and done / Real bad gyal spinning on yo d*ck till you c*m,” she began, leaving the DJ red-faced an unable to maintain eye contact.

Check it all out in the video above, and tap back in with songweb later for more hip-hop news updates.

You a look me, while me a look money

Mi nuh tan up in a backseat, wifey fi life