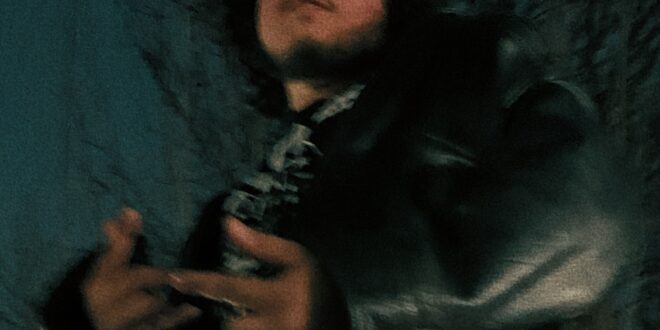 Toronto’s established solo act, Dough Beverly dispenses his single ‘Contemplating’ which was written and created in Reigning Studios owned by him. Production credit goes out to Dor while the mixing and the mastering go to Dennito and James Maoris respectively and their works resulted in a piece of beautiful trap music with moreish melodies.

‘Contemplating’ is a beautifully written trap music and a proof of Beverly showing his proficiency in his decade of songwriting and music creation. The results of this piece were perfect as he had earned some musical influence from the likes of Kanye West, Miguel, and Nirvana.

Mellifluously, Doug Beverly’s ‘Contemplating’ is backed by Doug’s hazy vocals and headbanging bass, and an ascending distorted progression which gives the song an addictive feeling. The snare rolls and drum kicks throughout the track also added color to it.

As for the true meaning behind this effective trap song, Doug Beverly shares, “The thought process for this song was essentially to build this dark atmosphere, where reality and fantasy meet in the mind. The single, “Contemplating” revolves around the notion of temptation and curiosity amongst a love triangle. “Love triangles can make you do that”.

Subjecting ‘Contemplating’ to curiosity and temptation of a love triangle, the dark vibes of the track represent these toxic happenings in relationships. Also, the shadowy of the song meets up with Beverly’s vocals and the dark-toned instruments give a summary of how it feels to find yourself in a love triangle and its toxic experience. This lives you in a curious state of ‘Contemplating’ whether to move or not and lives you in a tough decision.

Quoted from Doug Beverly himself, “I knew this was going to resonate with people, especially the toxic ones!”

Check out ‘Contemplating’ with the link provided and stream right now below.

Previous Dolato The Monk Talks A Little About Himself And His Artistic Character.
Next Review of ‘Safe In My Dreams’ By nasmore feat. Dana Miuccia And Neil Taylor. Dioneesus, a Pittsburgh-based musician, blends parts of rock, hip-hop, and experimental music to produce a …