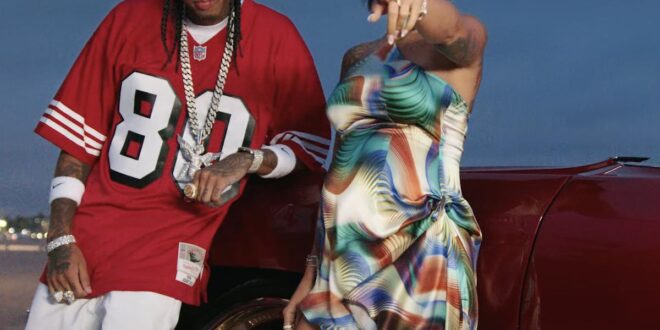 Lil Flip makes an appearance in the music video, as does Pop Smoke’s mother and brother, who share a message at the end of the visual.

Usually, Tyga’s appearance on a New Music Friday comes with a twerk anthem or party track that is poised for turn-up playlists, but this time, the rapper partnered with Jhené Aiko and added a posthumous verse from Pop Smoke for a song that was more on the sweeter side. We often get caught up in summer jams that are our soundtracks to being “back outside,” but those summer romances also make for the perfect inspiration for artists.

“Sunshine” pays homage to those music videos and classic tracks in the early 2000s, and it’s made clear by sampling Lil Flip’s 2004 chart-topping hit of the same name. Flip even makes an appearance in the music video, as does Pop Smoke’s mother and brother who delivered a message at the end of the visual.

Tyga stated, “Pop Smoke was a legend in the making and I wish we could’ve collaborated together more. It’s a been a great experience working with his mother and brother to pay homage with this song and contributing to keeping his legacy alive—the smoke will never clear.”

Audrey Jackson, Pop Smoke’s mother, added, “Since I will not get to see him mature into the artist he was on his way to becoming. I appreciate the opportunity to hear a sound that I glimpsed on the Faith album. The magnitude of this moment is not lost on me. Thank you.” The rapper’s brother, Obasi Jackson, also said, “The video and song solidifies that Pop wasn’t all about Drill and I appreciate hearing his voice on a song like this. It shows there was love in his heart with a story to tell and his legacy was more than Drill music. I’m glad that he gets to be seen in a different light.”

Stream the Mike Crook and DJ Swish-produced track and let us know what you think of “Sunshine.”

I need that real love, talkin’ Bobby, Whitney (Whitney)
And I keep it with me
I don’t got no girl, I’m picky (Nah), ’cause I gotta know you with me (Woo, woo)
‘Cause sh*t could get sticky (Yeah), that’s why I keep a glizzy (Gliz)
Ridin’ at night through my city (City), just in case I see a Dizzy (Diz)