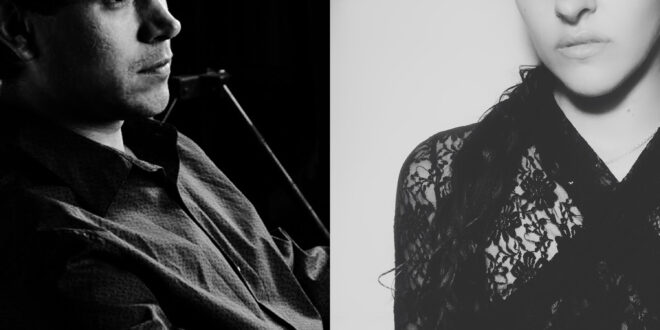 Jana and Jorge’s Tuneful New Song “Run Away” With Our Hearts.

Ashley Jana and Jorge Luis Izquierdo are the duo behind Jana & Jorge. Jana is a singer-songwriter who has been on major TV shows such as “Empire” and “Dance Moms.” Izquierdo is the principal composer for this music ensemble and is a guitarist, songwriter, and producer. Jana’s passionate vocals bring to life Izquierdo’s exquisite words, which music fans deem sincere and lovely. The new song from the duo is called “Run Away.

This is an unexpectedly catchy piece of music from the pair that was published on May 11th of this year, and the two Jana, the vocalist, and singer, and Jorge, the producer, and guitarist, did not shy away from snatching attention with this song. The music is not only inventive and unique, but it also makes sense when played in succession.

The title track “Run Away” showcases the song’s foundation with some vocal rhythm and exquisite syncopation. Jana skillfully summarized the song’s objective by its introspective composition in which she seeks a way out of an unpleasant position in which she finds herself. Jana’s writing is succinct, and she presented it with grace.

“Run Away” with its lovely captivating chords, will transport you into the song’s alluring sceneries. The pulse is flowing, and the seamless progression contributes to the song’s delight till the final moment. The lines landed precisely on the song, and the orchestration was phenomenal.

While Jorge’s multi-instrumental abilities continue to amaze me, it is his percussion and the composition of his acoustic chords that touch me the most. As a result, this naturally brilliant artist Jorge has demonstrated that he can produce a good song with storytelling lyrics using only instruments.

This track demonstrates the two artists’ ability to cover and attract a wide spectrum of listeners by creating fresh alternative pop-country music, jazz, and soul that will resonate with a diverse audience.

Listen to “Run Away” by Jana and Jorge on Spotify and watch the video with the link provided and let us know what you think. Cheers!

I’ve fallen down onto my knees
Waitin’ for a better day
If there’s a god please set me free, Mmmmm
‘Cause there’s so much more I haven’t tried
Gotta find a better way